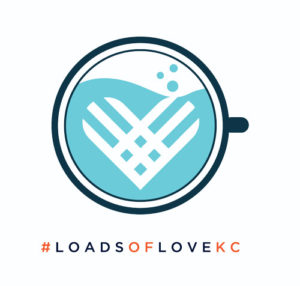 When we learned that some students miss school every day in Kansas City because they don’t have access to washer/dryers to launder their clothes, we knew we wanted to do something to help. Last November, we joined forces with United Way of Greater Kansas City and Faultless Starch in the second-ever Loads of Love campaign to make clean laundry more accessible to local students.

The United Way’s Loads of Love campaign goal was to raise $15,000, enough to donate a washer and dryer to five Kansas City Public Schools. To make this a reality, Faultless Healthcare Linen and Faultless Starch contributed 50 cents for every dollar raised up to $5,000. With overwhelming support from the community, the United Way exceeded its goal of $15,000 and raised more than $27,000, allowing for the purchase of seven total washer/dryer sets.

In March, the first washer/dryer set was delivered to Garfield Elementary School, 436 Prospect in Kansas City, Missouri. Students at the school are given a mesh bag that they can put their dirty clothes in and give to school faculty when they arrive in the morning. By the afternoon, their clothes are clean and ready to be worn!

On-site washer/dryer facilities do more than just clean students’ clothes; they provide tools that teach life skills, help involve parents in the school setting and most importantly, lead to improved attendance in the classroom. According to Kansas City Public Schools, attendance at Benjamin Banneker, 7050 Askew, improved by close to 10 percent after the school began cleaning students’ clothes on its campus last year. We are hoping to see similar results with the seven washers/dryers installed this year!

Check out the news highlights from the Loads of Love campaign:

Faultless Healthcare Linen’s facilities are equipped with state-of-the-art technology that delivers the highest-quality in linen safety.